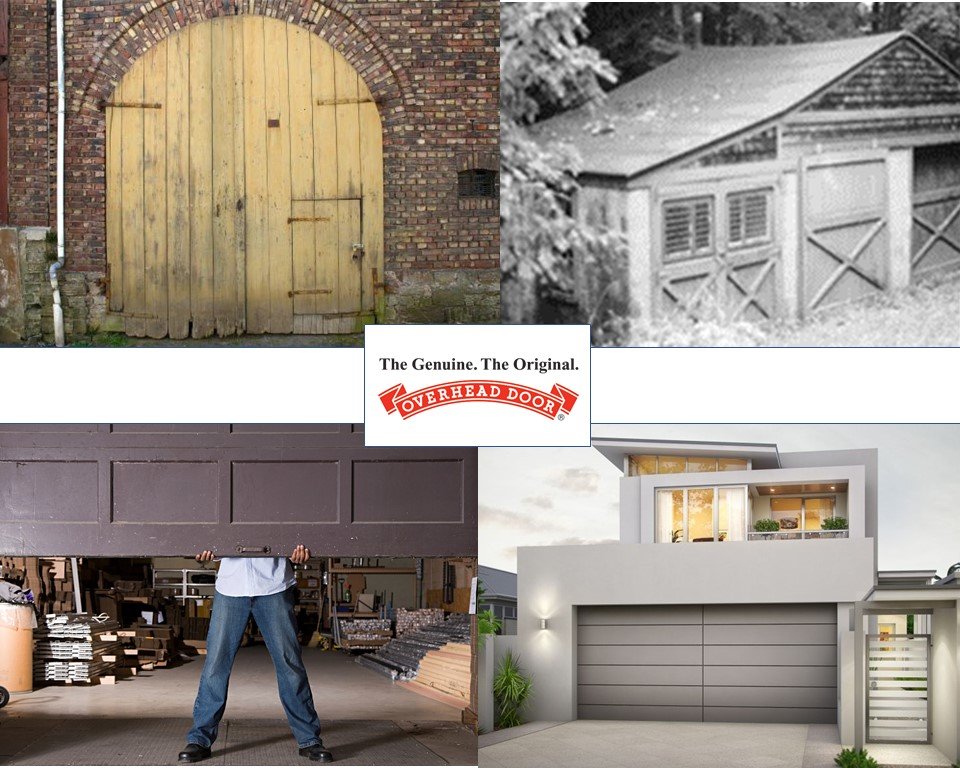 It’s always been fascinating to study a development in history and seek to understand what caused its occurrence. Newton once said, “for every action, there is an equal and opposite reaction.” It’s these relationships which makes the history of garages such an interesting field of study. How did we get to our beautiful modern garages from old-fashioned gatehouses? Well here you go…

Cause – Chariots for war, transportation & sport 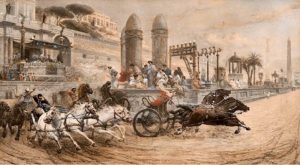 Dating back to Ancient China and Greece, chariots were used for transport, war, and for sport such as the Olympics. When not in use, these chariots needed to be stored. They were typically stored in gatehouses for later use, protection, training, and military display. These gatehouses were found in city centers or government run workshops. As time progressed, however, chariots morphed into carriages, buggies, and coaches. As a result, the carriage house began to surpass the gatehouse as the preferred storage for carriages.

Cause – The Model T 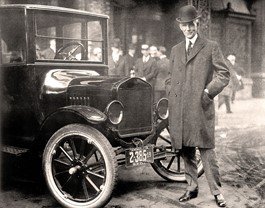 When Henry Ford created the Model T, he had grand ambitions. The Model T became the first mass produced automobile in history. It was intended to be used as an “everyday vehicle.” While the first models were a bit pricey (equivalent to $18,000), they continued to drop as production became more efficient. Before long, car ownership became the new normal. At first, the cars were stored in the carriage house or held in covered indoor parking lots for a monthly fee. But the carriages were not connected to the home, often shared with horses (and horse odors), and were often very small and cramped spaces for the car. Furthermore, the public parking lots proved to be quite inconvenient. Enter the garage (from the French word – garer “to shelter or protect”). 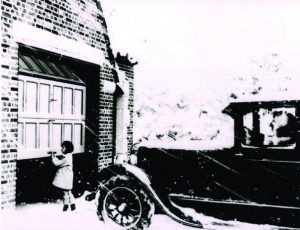 Initially the doors used for the garage were the same that were used for the carriage houses. These doors were hinged on the side and would open away from the garage. This style of door proved to be rather inefficient. There was the strain of opening a heavy door, the wear and tear on the hinges and screws, and the inability to open the doors when snow blocked its pathway. Thus in 1921 an inventor by the name of C.G. Johnson created the first sectional garage door. The door was split into sections and hinged on each section so that the door could be lifted overhead. What an innovation! 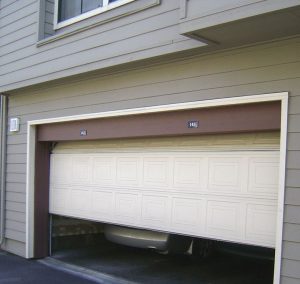 C.G. Johnson was not done with the invention of his sectional garage doors. In the late 1920’s, Johnson teamed up with Herbert Cady Blodgett to create the first automatic garage doors. Originally, the switch to open and close the garage doors were placed inside the garage. This certainly made opening and closing those heavy doors easier! However, there was still a problem. A driver, once having exited the garage would then have to exit their vehicle, walk back to the garage, press the button, and then return to their car. And upon their return, would have to repeat this process! Let us all take a moment to be grateful for our garage doors which open at the push of a button! As a result, there were created stationary control panels outside of the garage. This is akin to the call boxes at contemporary apartment complexes where you must dial a person’s name and they “buzz you in.” However, this proved to be complicated and expensive and so another solution was needed.

I think it’s fair to say that we all take our remote controls for granted. But the history and development of these magical devices merits an essay all its own. Its development can be traced back to the late 19th century. But it was not until the mid-1950’s that this amazing technology was applied to the garage. Richard Goldstein and his partner Norman Ackerman developed the first wireless remote control garage door openers. As is the case with most technology, there were upgrades and modifications, but the remote-control garage door opener was born.

Cause – A disconnected garage 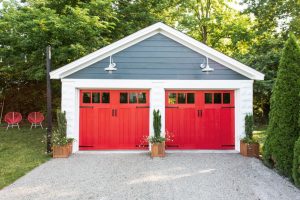 Following in the pattern of the carriage house, garages were originally disconnected from the house. This meant that people would have to walk from their houses to their garages, come rain or shine, heat or cold. This made sense when the carriage house was occupied by equestrian smells and noises. However, as the garage became the home of the car, and the car became a fixture of the average American family, garages were eventually joined to the home. This was also due to a growing population which meant smaller spaces – it was both convenient and necessary. This is also when garages began to be viewed not just as a place to store one’s car, but as a viable workstation.

Cause – An outdated garage style. 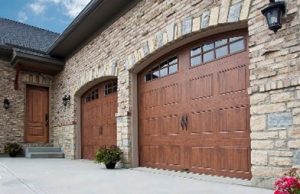 Now that garages were joined to the home, it became imperative they were aesthetically pleasing. Garages began displaying the same visual themes as the home. And as the garage was incorporated into the home, the desired styles and offerings of garages were updated and changed just as frequently as that of the home. This explains the myriad of options as it relates to the style and design of garages we see today.

The next time you see those familiar garage doors attached to your home, imagine an earlier time… Imagine a disconnected shed, housing an old carriage and horse or imagine getting out of your carriage to swing open those heavy wooden garage doors to fit your carriage inside. In these old scenes are found the origin of the modern garage. As you drive up to your garage today, open it with your remote, and step inside of your home, take a moment to appreciate the years of effort that went into making your garage possible.

We are so happy you were pleased with our service. Thank you for your business and this ⭐ ⭐ ⭐ ⭐ ⭐ review.