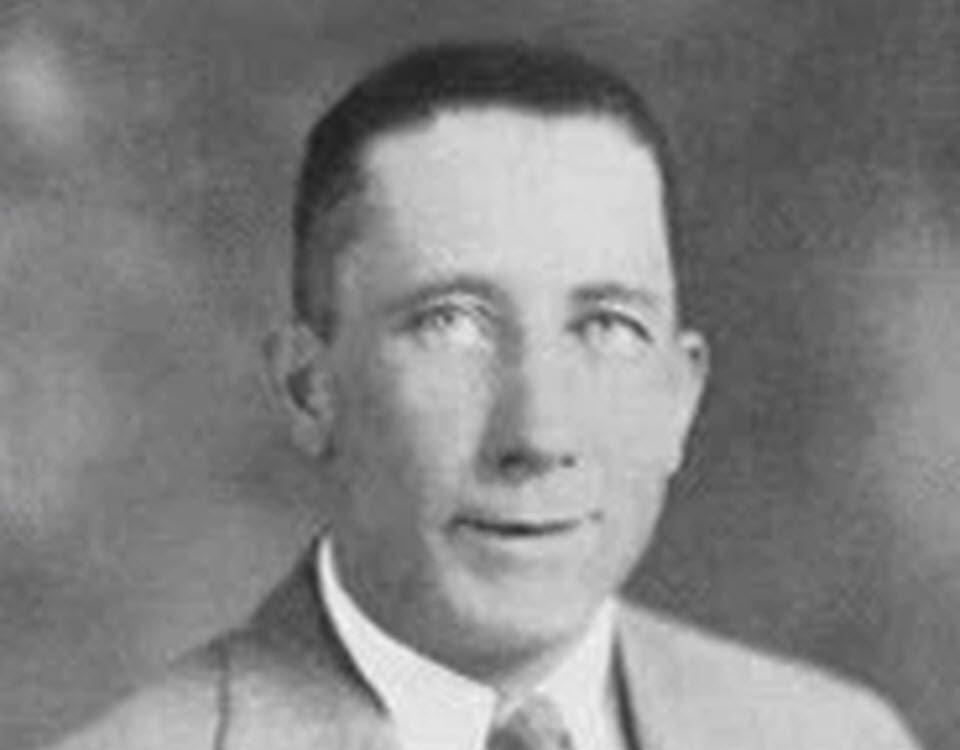 If you research this question, one name always arises – CG Johnson. Johnson is associated with the garage due to his impressive inventions of the sectional door and the electric door opener. So who is this man whose name has become synonymous with the garage?

To our modern ears, this sounds like someone who simply stays over despite our wishes to the contrary. But in CG Johnson’s day, this was not necessarily the case. Both lodgers and tenants rent out a property. The key difference, however, is that while the owners of a property live elsewhere in the case of tenants, the owners of the property for lodgers continue to live on that property. This was Johnson’s living situation at the beginning of the roaring 20’s. At this point in time, many in the West were experiencing an unprecedented degree of economic prosperity, new technologies, and what seemed to be endless opportunity for progress. CG Johnson was no different and living as a lodger provided Johnson with the lodging necessary to “make his way in the world.” 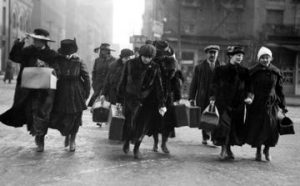 For a “lodger” trying to make it in the world, Detroit during the early 20th century was the place to be! Thanks in large part to the boom of the automobile industry, Detroit grew faster than any other place in America. While this booming city was experiencing unprecedented growth, CG Johnson had made his way to the bustling city to lay hold of a place where the “American Dream” was within reach. However, with Prohibition in full effect, the oil which greased the engine of the Detroit nightlife was quickly drying up. This did not stop many from finding alternate ways of getting booze and the citizens of Detroit saw an opportunity. If the Canadians could make the liquor, then liquor could be transported from Canada back to Detroit with one of the many vehicles being manufactured in this boom town. 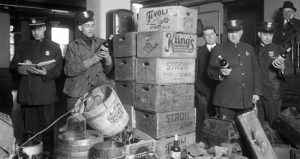 #3 – CG Johnson was not a liquor runner.

While it might have been a lucrative business for some, CG Johnson had his sights on something else entirely. CG Johnson was working as a salesman in Detroit, specifically in the auto specialties industry. It is working in this role that he invented something that would revolutionize the ways people stored their cars forever. CG Johnson was very acquainted with the style of garage doors leading up to 1920. These standard doors were the same as they were when people stored their horse and carriage near their home. The doors were called carriage house doors and they opened toward the outside like standard doors. This method was problematic, as often the doors were heavy or blocked by impediments like snow. It was also precarious as the hinges would easily ware and break. Lastly, it took up so much space. The doors could not be encumbered by anything, lest they be blocked from opening. Keenly aware of these shortcomings, CG Johnson invented a way for the doors to lift up to become parallel with the roof of the garage. Called at the time, “upward-lifting garage door,” it was later retitled what is known today as the sectional door. 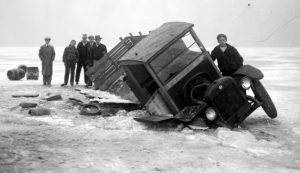 How does one market this innovation in the 1920’s? For people to buy into a product, they must be presented with it. That is just CG Johnson did. While others were smuggling alcohol from Canada, Johnson was driving around in his Model T Ford advertising a prototype of this invention. He would drive his Model T around the country demonstrating his breakthrough. His timing could not have been better. As CG Johnson was putting his invention before prospective customers, the automobile industry was soaring in supply and demand. The Ford Motor Company, for example, was for the first-time manufacturing over a million cars. In other words, Johnson could not have picked a better time to have his stroke of genius. 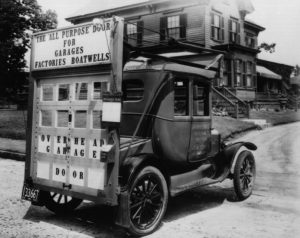 Due to the great idea and groundbreaking marketing techniques, manufacture and demand for the sectional door continued to grow. But Johnson was not content. He wanted to find a way to make it so that his doors could open and close with ease. Beginning in the 1920’s, many homes in America were taking advantage of the technologies from modernity. Being able to harness the power of electricity inside the home, appliances such as toasters, irons, and mixers began making life much easier. Johnson began to ask if the same power could be applied to his sectional garage doors. In 1926, just 5 years after his first invention, Johnson added electricity to his brainchild and created the first electric garage door openers. Not only had Johnson reimagined the garage door completely, but he had made it easy and convenient. 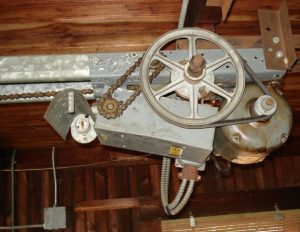 As with most things in life and the world, there is not just one person to credit for breakthroughs. Johnson is no exception. He had help from fellow inventors, specialists, and friends along the way. But thanks to Johnson’s innovative thinking and hard work, we have a safe place to guard our vehicles that is easy to access. So, the next time you pull into your driveway to park your car in the garage, take a moment to appreciate the efforts of CG Johnson and his co-collaborators for such a great gift.

PrevPreviousWe know that they’re not talking about any of you, right?!?!
NextConnect Garage Door to Car? Simple.Next